Imelda was our SERGEANT AT ARMS who encouraged us to stand up and yell “Yes yes yes!” to get our brains going.

Sabine Parry was the TOASTMASTER of the Day and kept the meeting ticking along.

John McVicar INTRODUCED, Gerald Hartley, an IT consultant. A new Toastmaster, his speech was titled by his name!  – hence the icebreaker speech. He won 3rdplace for a speech at school and started his speech with it. Little did we know that his speech wasn’t about his dirty laundry!

Gerald Hartley, SPEAKER, shared a few things about his life between then and now. He described himself as shy in his younger days so his 7 year job at the petrol station honed in his social skills. Type 1 diabetes diagnosed in March made him stronger, made him accept this challenge, and the desire to share his ideas.

Rebecca Clements EVALUATED Gerald’s speech- solid introduction with a question to the audience. Recommendation to use more vocal variety throughout his speech.  Great introduction Gerald!

This was a different Toastmaster morning to the usual 3 speeches, 3 evaluations get together.  Little did I know (I am guilty of not ready my emails) that this morning was a WORKSHOP ABOUT MENTORING.

The format for this was having two interviewers (Grant and Terrelle), and two past mentors – (Deb and Alana B) in a Q&A format. Terrelle hosted this session by explaining why the mentoring role is so important. Terrelle told us that it took her one month to do her first table topic’s speech because she was a pack of nerves!  Four years later, she has 3 pieces of advice for the mentoring process:

1) listen to each other – open lines of communication – caring, hearing and sharing.

Mentoring can be thought of as “a gift.” It is the opportunity of giving back – the warm fuzzies of watching your protégé (the author’s word) blossom.

Deb described the purpose of each role of being the “mentor” and “mentee”.

The mentor discusses the processes of being in toastmaster, and the other topics.

Alana was asked: Who initiates the first contact- The VPN asks if the new member wants a mentor and of course, the new member can ask for a mentor (but you need to have known this)

Deb was asked: What are the tasks? First, sit down and listen to your mentee’s goals. Mentor contacts mentees when they have their first role. Give a few tips. Guide them along.

Alana was asked about the different styles of mentoring but she went off topic a little and talked about going beyond your given mentor- if you have something that your mentor doesn’t know much about – like ‘humourous speech’ or how to use the computer/powerpoint- seek someone else.

How long does mentoring last? – it depends on the mentee’s confidence. What you put in and how long it lasts will depend on each other. It can be up to 3 months, or when they are finished all of their roles? It depends!

Some people have mentors that are overseas!

Another question that was asked: When are you ready to be a mentor? It’s a little vague they said. You need to have a good understanding of Pathways, but you also need time to make that commitment.
You need to be committed!

Alana talked about the Pathways Mentoring Programme. There are 3 stages: preparing to mentor, the mentoring stage, and the advance long-term mentoring stage

If you have questions, check the videos and the manual on Pathways. Did you know that in Level 2 of Pathways, there is a mentoring path?

This can be useful for your job! In real life!

Advice to new members – check it out. [even old members, the author says]

There were a few questions from the audience—when do you get a mentor? Usually in the first week of joining.

The new committee will put together a list of people’s strength (speech writing, training, IT, ….) so that all members can ask each other for advice. It can be for only one session! A concern though was regarding overloading people. [if this is you, then you need to nicely turn people away if you have too much on in your life]

A suggestion was to tap other people in the club, at other Toastmasters club… if you know what your goal is, choose a mentor that has those skills.

If your mentor isn’t available to be at your speech, get it videoed and discuss it afterward 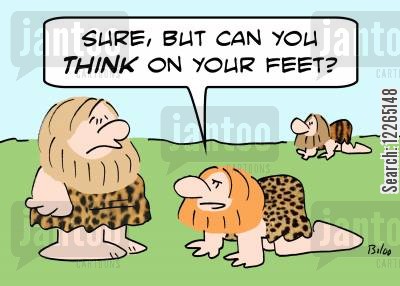 The next part of the meeting was TABLE TOPICS.

Sandra Chatterton, the TABLE TOPICS MASTER, chose ‘holidays’ as the topic as she just came back from her holiday.

Mark talked about his trip to Australia—the wrong name on the plane ticket made him poorer as it wasn’t the same name as the passport and they had to buy a new plane ticket.

Warwick flew with his children and his wife. They all have different dietary needs which made for an eventful in-flight experience.

The TIME KEEPER, Lloyd Manson, gave a great walk through of the time of each session. The challenge was that this wasn’t an ordinary meeting.

Denise Ford was our GENERAL EVALUATOR—being a tad challenged because she didn’t read her email about how the morning was going to unfold. These are some of her comments:

Bulletin from Sandra, our PRESIDENT:

REMEMBER: Get on EasySpeak,  and make sure you tick those boxes.

Sabine ending the meeting with a quote from Henry Ford:

Coming together is the beginning

Keeping together is progress

Working together is success